Saturday in San Diego has been a beautiful day with most SD residents enjoying the 75 degree weather at the beaches. They are missing one extremely serious negotiation that is going on as we speak. Boise State and San Diego State have the deadline of June 30th at 11:59 p.m., to tell the Big East they do not want to join the Big East Conference and not incur any financial penalties from the Big East. 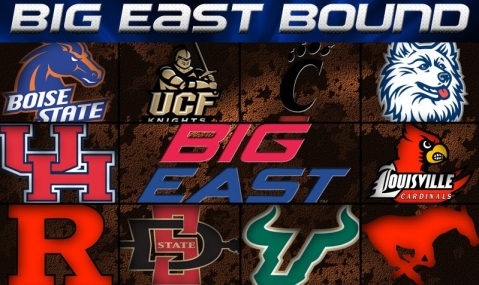 This following quote is from ESPN.com

Boise State has yet to withdraw from the Mountain West Conference and faces a Saturday deadline to do so without having to pay additional financial penalties should it go ahead with its move to the Big East. As it stands, Boise State must forfeit $2.5 million in future revenue if it gives one year’s notice of its withdrawal to the Mountain West by Saturday. If Boise State formally withdraws after June 30, that financial penalty grows to at least $7.5 million. It could be much more if a Mountain West team makes it to a Bowl Championship Series game this season.

Boise State is incurring serious problems attempting to change its non football sports into a conference that will allow it. San Diego State was able to change its non football sports into the Big West Conference, and Boise State is attempting to do the same. As of 3:30pm Boise State has yet to receive an offer from either the Big West, West Coast Conference (Religious Schools), or the WAC (Western Athletic Conference).