San Diego State has an extremely talented football squad for this up coming season. Many men have been named to awards lists such as, Athlon, Phil Steele and the CFPA awards. We have compiled the list of outstanding preseason awards and will continue to up date them as new awards become available. 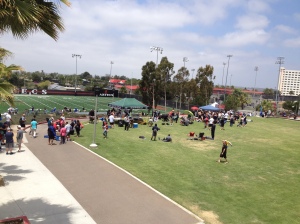 The CFPA bases each award on players’ statistics and impact on their team’s success. Up to todays date two Aztecs find themselves on the CFPA awards list.  CFPA is known as the College Football Performance Awards.

The 2012 CFPA Offensive Awards have yet to be released. We are expecting some Aztecs to be named to the list. Some men whom we are expecting to be name to the list are. (TE) Gavin Escobar, (C) Alec Johnson and possibly (WR) Brice Butler. When the awards are released they will be added to this post.

These are members of the San Diego State Aztec Football team that have been named to the Athlon Sports 2012 preseason all-Mountain West team.

These are members of the San Diego State Aztec Football team that have been named to Phil Steele’s 2012 Preseason all-Mountain West team.