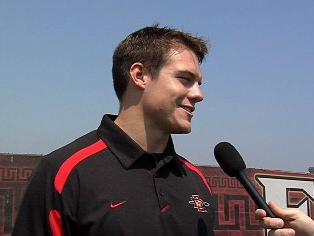 O’Connell would be picked up by the Miami Dolphins and was waived one month later. Then would be resigned once again by the New York Jets. O’Connell would then be released shortly before Tim Tebow was traded to the Jets. O’Connell’s long journey has come full circle pending a physical on monday, O”Connell will be come the back up quarterback for the San Diego Chargers!