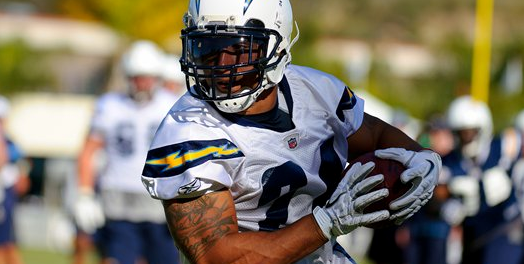 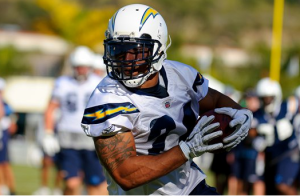 Ryan Mathews had one carry tonight for 5 yards and then was taken out of the game for an injury. We now know just how bad Mathews injury truly is. New comers to the Chargers Ronnie Brown, Jackie Battle and Le’Ron McClain are going to be key members of this San Diego Chargers football team.

This was the story we published on the site the night Mathews broke his clavicle. We posted this tweet by an extremely informative source Dan McLellan.  Dan McLellan is the CBSSports.com RapidReporter for the Chargers, a columnist for SanDiego.com, and hosts a San Diego Sports Podcast.

#CHARGERS RB Ryan Mathews will have surgery for a broken clavacal out four to six weeks.

Dr. Ghodadra says it takes the average NFL player 8.8 weeks to recover from a clavicle injury (and let’s face it, Mathews isn’t the healthiest guy in the world to begin with). The risk of re-injury if he comes back after just four weeks is incredibly great. blogs.nfl.com

These men are now going to have to step it up! Below is the chart from the Chargers game against the Green Bay Packers showing the San Diego Chargers rushing stats.