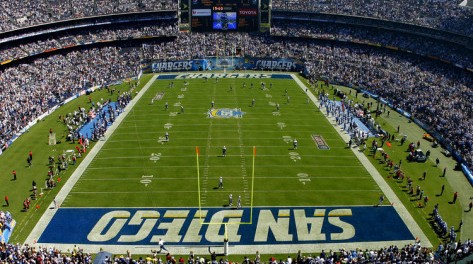 While the Chargers have played six games this season, they have only won three of those. Though starting a fresh 0-0 to start and six games in 3-3 shows that they’ve done some great things, and some wrong things. But let’s skip ahead of all this and let’s look ahead, let’s skip all the way to next season. Though it hasn’t been confirmed yet, most of it is complete. Here is who your Chargers will play next season.

*Not locked in games yet.

It looks like a tough schedule next year. The Colts might be coming back, the Titans should be easy and will the Jags and Houston should be a problem while the entire NFC East will challenge the Chargers next season with the Redskins probably being the lesser of the 4. Every year the NFL releases the schedule, but it always follows a format. The format is a division in your conference (AFC South) and a division from the other conference (NFC East) and the other games are from the other 2 teams in your conference that finished in the same spot as you. For example, the Chargers are 2nd, the Chargers play the AFC South. So whom ever may be 2nd in the AFC East and AFC North will play the Chargers. In that case at the moment, it’s Steelers and Dolphins.

I am currently attending Grossmont College and planning to transfer into San Diego State, my major is Education. I love the Aztecs, though I am not a Chargers fan (No, I'm not a Raider fan either.) I look forward to bringing you Aztec and San Diego sporting news.