I'm not sure why last night is being made out to be the upset of the century.  What's the must-have in the NFL?  Great QB play.  How's Philip Rivers been doing this year?  The Broncos get all the press for their receiving options, but the Chargers also boast a top-5 offense and QB here in 2013.  When both teams are top 5 in offense, isn't it just a matter of a few (lack of) stops? Well, the Chargers got them.  Forget about questioning Peyton Manning in the cold weather or the crumbling Broncos defense.  Sports shows love the word parity.  We acknowledge the "any given night" attitude in college hoops.  Maybe not in the NBA, but only because we're always looking ahead to the playoffs, where the underdog needs 4 upsets in 7 contests.  Baseball has embraced the second wild card because we've seen a wild card team get hot and ride that birth all the way to a World Series appearance. The same thing happens in the NFL.  Teams sneak in with a wild card birth, but in football there is no best of 5/7 format.  Win one game against a Goliath opponent and that's it - you conquered them.  So why bother with all this surprise over one game?  Because the NFL is the biggest and baddest league out there.  And the physical nature of the game even causes us on our couch to feel entitled to wins against lesser teams because "we can't lose to [inferior team here]... they're the [that inferior team's name]." So freaking out over just one regular season game is just silly to begin with, but these teams were really more alike than most would admit.  Peyton has been playing at a level above and beyond every other QB, but when just one thing breaks wrong for Denver and the Chargers do one thing well, suddenly things are all evened up and both sides will have a chance to make winning plays.  Or, in other words, even Peyton with an all-world line last night still could have lost by the same count if, say, Knowshon Moreno put the ball on the ground a few times and his defense blew some assignments. Wes Welker inactive.  The Chargers get to Manning.  Capitalize by finishing some of those drives with 6 rather than 3.  The Broncos were not themselves at all.  We probably won't see another letdown like that, but nothing revolutionary happened last night.  No Welker, the pass rush was good, and the Denver offense never got going.  Ryan Matthews got to 100 yards again and Rivers made good decisions.  Nothing outside the realm of possibility there, judging on everything those teams have done this year. https://twitter.com/ESPN_Colin/status/411485165773656064 It's not fair to let Manning off easy like that.  He boasts the title of "elite QB", so he's got to deliver.  Oh, Peyton's breaking single season records left and right, but he's a professional athlete that has to do something every other NFL player has to do this season - play 2 games in 5 days.  Let's make an exception for him though.  The Chargers might fall just short of the playoffs.  One of their losses came in a game that went past midnight in every time zone.  But the Raiders had to suit up for that game too; the Chargers didn't get it done.  If the Chargers win out and fail to make it, that game in Oakland will be the first loss I'll point to.

I’m pretty amazed to see so many encouraging signs so late in the season when Chargers fans had so many questions coming into it.  Rivers has been outstanding.  A new season and a new chance to work with a different group of offensive lineman did make a difference.  Things have gone right for Ryan Matthews.  Stay on the field and don’t fumble, Ryan, and good things will happen.  Done and done.  And how about a few draft picks coming out and performing in year 1?  Keenan Allen, D.J. Fluker, and even Manti Te’o might all play at a first round level for a sustainable amount of time.  Even the biggest fans of Fluker and Allen on draft day are giddy at what we’ve seen already. 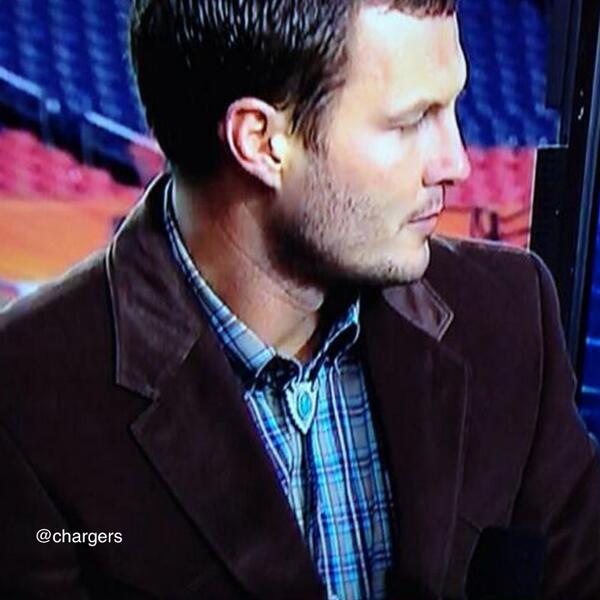 There’s a big BUT coming here.  What do we want now from Ryan Matthews?  Playoffs or not, we’ll be asking it all off season.  Do you, as a fan want to start putting some weight into the great season he’s having, or continue to look to his past?  I’m not sure which way I’m leaning yet.

Are we over our doubt of Philip Rivers now?  Is it completely contingent upon these last two games?  (Same question for Mike McCoy, too.)  What would it take for there to not be even one bit of doubt concerning his future in San Diego?

How infuriating are some of those losses now?  After beating DENVER.  Washington, Houston (hard to believe that would be a bad loss back then!) and I already mentioned Oakland, to name a few.

Football is tough to grasp.  Lose to Washington and our defense has no backbone, but today our defense is great.  With guys in and out of lineups, how can we know what to expect next time… in week 17… in a potential playoff game from an entire unit?

We’re gonna ask each other this stuff eventually.  Better to start now so we can remember the unique true roller coaster that is and has been the 2013 NFL season for the Chargers.  It’s a long ride, but last night we reached a peak.  Let’s hope the inevitable drop from here isn’t too steep.

Written by Benjamin Dull. You can follow him on Twitter and read more from his blog here.