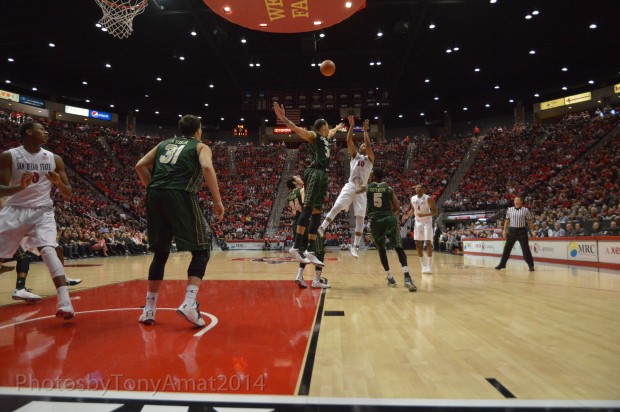 I believe that this game will be very close (heart attack)… The shooting statistics from current and last season: 2012/2013: 43.8 % field goal … 2013-2014: 43.6% field goal … Keep in mind last years team won at home (by 22) and won at Fresno (by only 3). This years team only beat Fresno state at home (by 8 points). Based off those shooting statistics and how hot Fresno State is I am expecting a very close game. I would say game could come down to the fast few minutes. I am going to say SDSU by 1 to 2 points. Fresno State has only gotten better since last season and the last time the played us. They are hard to beat at home and will have a full crowd. Looks like the promotion for the game against us are free tickets. If SDSU does not come out focused Fresno State is good enough to win.

Highlights From the SDSU vs. Fresno St. game earlier this year.

Will we see Dwayne Polee II attempt to up Jammal Franklin?

If you have any questions or statements please write them in the comment box or comment on any of our social media channels.