Xavier was asked about what senior night at Viejas Arena will be like for him:

“…It will probably hit me when they call my name for Senior Night. I’ve enjoyed it here. There’s no other place I’d rather be than at San Diego State. I just love all the fans and the whole community…”

Lobos you all better be ready to play because the Aztecs will be waiting!

The following is from the Aztec Student Union:

Show your Aztec Pride before heading to Viejas Arena for the Men’s Basketball game by celebrating in traditions, old and new, with your SDSU community. Enjoy a DJ, photo booth, free food and giveaways, prizes, and more! The celebration will include a pep rally and a march to Viejas Arena. Don’t have a ticket for the game? No worries! Watch the Aztecs defeat the Lobos in the Union Theatre!

See full schedule of events below:

*Pep Rally
4:30pm – 5:00pm, Lee and Frank Goldberg Courtyard
Join band, cheer, dance, and your fellow Aztecs as we cheer on the Men’s Basketball team before the final game of the season.

6) Get New Mexico in foul trouble! 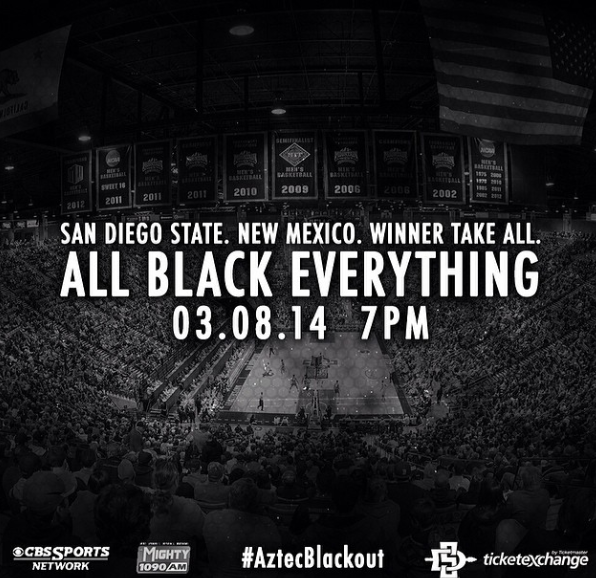