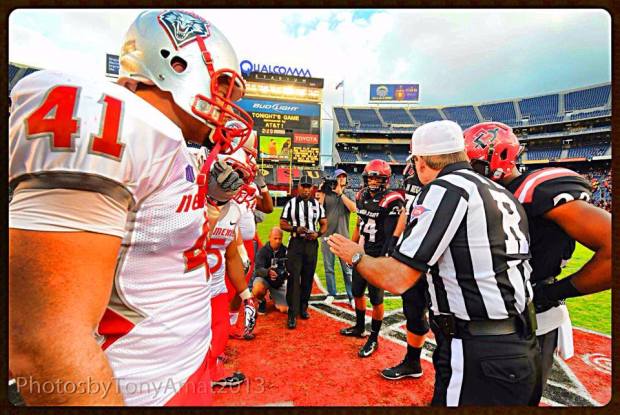 If you are looking to purchase tickets for this weeks game please click on the link below.

Get Great Tickets at Ticket Monster! 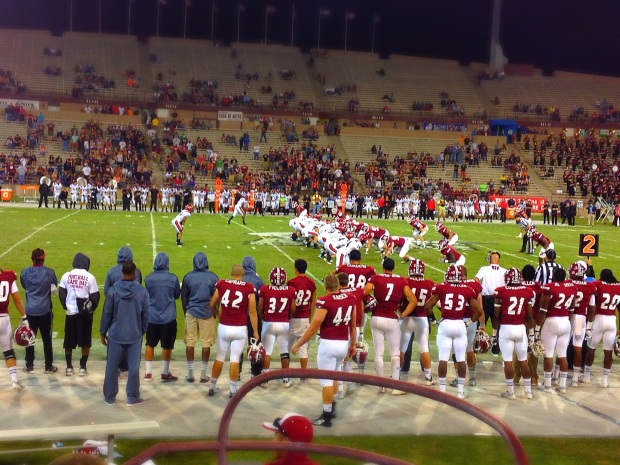 San Diego State has multiple weapons on the offensive side of the ball. The three players to look out for would be running back Donnel Pumphrey and wide receivers Ezell Ruffin & Eric Judge. Pumphrey had 19 carries for 111 yards and two touchdowns. Ruffin/ Judge are the two favorite targets of San Diego State QB Quinn Kaehler as they totaled 9 catches for over 100 yards in the first week of the season.

Our breakout player from week one would be wide receiver Lloyd Mills. Mill’s extended San Diego States streak of returning punts for touchdowns. San Diego State has a punt return touchdown in three of the last four games. Mill’s has explosive speed and also got the carry on a reverse and went for 33 yards. Mill’s is an offensive and special team’s weapon

San Diego State University is the only team in the country to do the following in its opening game of the season: commit one turnover or less, have five penalties or less, pass for 200 yards, rush for 150 yards, hold its opponent to seven points or less and score a defensive or special team touchdown.

The scouting report for this weekend comes from my interview with  John Bauman, the editor of Keeping It Heel. Their blog covers the University of North Carolina for the FanSided Network. Please click here if you would like to read the entire interview.

North Carolina’s strengths lie at the quarterback and running back positions. Marquise Williams filled in well for injured Bryn Renner last season, giving the Tar Heels a solid option to turn to at quarterback. Mitch Trubisky lurks as a potential candidate to eventually overtake Marquise, and Coach Fedora hasn’t yet tipped his hat to who the starting quarterback will be between the two. But to have two solid options at quarterback is a major strength heading into fall practice. At the running back position, UNC has four legitimate options to turn to. T.J. Logan came on strong at the end of last season, Romar Morris is a speedster, Elijah Hood is the most talented of any of the four and Khris Francis is a swiss-army knife type guy who can catch passes and block really well. Those four guys give the Heels a lot of options at running back and make it the deepest position on the team. 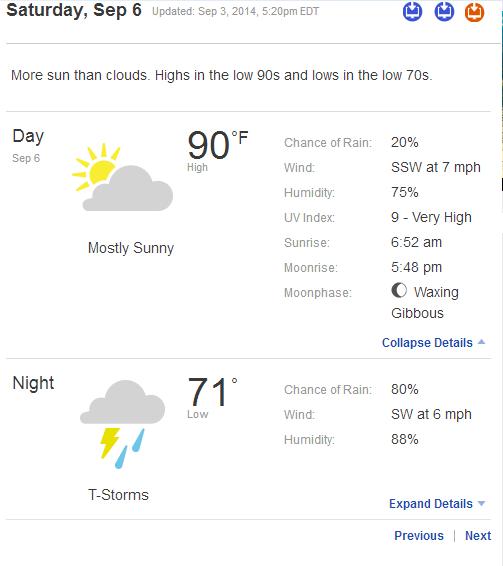 Who will win this game SDSU or UNC?