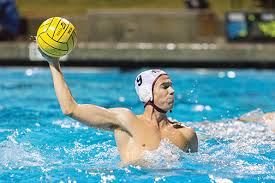 During the fall, football dominates the college sports world. However, there are other sports here at SDSU that are worthy of their fair share of attention. The men’s club water polo team in particular has been making a name for themselves the past few years and is becoming a national force to be reckoned with.

A little known sport around campus, the men’s club water polo team was formed in the fall of 2007 and has been a cellar-dwelling team for the majority of its history. Getting numbers was never the issue for the team, but retaining them was. However, for the past two seasons, full time coaches Larry Sanders and Keary Schlactus have added a new level of accountability the team had always been lacking. The Aztecs have gone from winning zero games in 2011 to nearly qualifying for the national championship tournament in 2013. Considering SDSU plays in the Pacific Coast Conference (PCC)-undoubtedly the toughest in the nation-with the likes of USC, UCLA, UCSB, UCSD, Cal Poly SLO, UCI, CSUN, CSULB, and USD, this is no small feat. In 2013 SDSU fell 3 goals short to eventual national champion UCLA in the conference championship in front of a packed house at the Aquaplex. Though they did not qualify for nationals, the fact that they expected to beat UCLA marks a huge turning point in the program.

The Aztecs start the season ranked No.7 in the Collegiate Water Polo preseason rankings, one ahead of 2011 and 2012 national champion USC whom the Aztecs defeated twice last year.  Before last season, the club had never been ranked at all. This year the Aztecs look to build on their record breaking season by returning all but one player from last year’s squad. SDSU will lose reigning League Player of the Year and team captain Tim Perry to graduation, but have a deep bench and exceptional leadership from Tyler Coday and Kyle Sessa to compensate for the loss. With six field players in at a time, SDSU features more than fifteen players on the team who can substitute for other players without a significant drop in talent. This depth bodes well later in the season when fatigue kicks in and fresh players are needed. Some key players for this season include All-American goalie Tim Huson, second team all PCC attacker Nassim Hmedian, lefty Sam Delaney, sophomore Phil Tran, 2 meter defender David Dallas-Orr, and utility man Jake Armstrong. The Aztecs are such a deep and complete team however, that the first, second, and third line players all have the ability to impact a game at any time. With effective coaching, leadership, and a myriad of offensive and defensive weapons, it is not unreasonable to think that SDSU can bring home a national championship.

Come out and support the team for their first game of the season on October 11th at the Aquaplex. Game times to be posted soon.