It had to come to an end right? Following last weekend’s 23-20 loss to the Kansas City Chiefs, the Charger winning streak is no more, ended at five games. San Diego suffered a bit of a let down in the home loss and now face a tough test on a short week against the new division leaders. How the team responds to that test could go a long way towards determining the fate of their season. 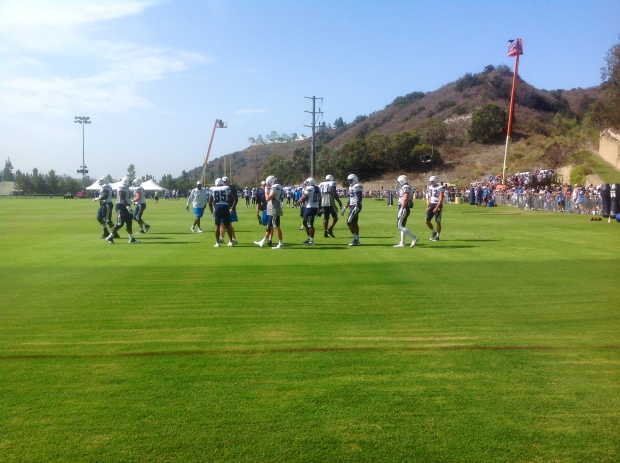 The loss on Sunday came late in the game, as the Chiefs needed a field goal with 21 seconds left to gain the victory, and the Chiefs were a playoff team last season still in the hunt this season. But that loss also comes on the heels of San Diego’s own dramatic win against the hapless Raiders the week before, a game in which the Chargers scored the winning touchdown with just under two minutes to play. After the way the team dominated against teams like the Jets, Bills, and especially the defending Super Bowl champions from Seattle, the performances against Oakland and Kansas City are concerning.

How the Chargers respond to their worst stretch of the year on Thursday night in Denver is crucially important for a squad that has been one of the most surprising of the season so far. In the preseason San Diego was given long Super Bowl odds of 40/1, but have shrunk those all the way down to 12/1 according to Gambling.com partner sports books, and now is the time to figure out which of those numbers is closer to the truth of this team.

Most important will be the performance of quarterback Philip Rivers. Obviously, the quarterback position is important for any team, but so far this year Rivers has emerged as a surprise MVP candidate and the crux of that five-game winning streak. It’s not surprising, then, that the only games in which Rivers completed under 60% of his passes (also the only games where he had a quarterback rating under 80.0) are the only blemishes on San Diego’s record. A return to that MVP form isn’t necessarily the only way for San Diego to win this season, but it wouldn’t hurt.

The Chargers are in a marquee position on national television Thursday night, taking on the NFL’s new touchdown king. Whether they can rebound from the Kansas City loss in time and kick start another winning streak should go a long way in determining the battle for supremacy in the AFC West.