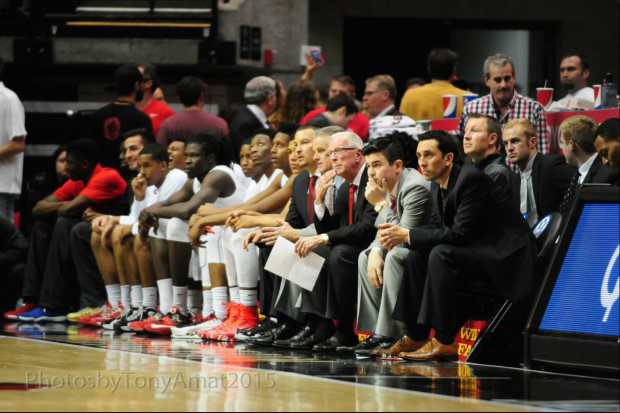 Larry Shyatt said Alan Herndon worked out yesterday and he hopes Herndon will practice some today. Said Larry Nance Jr. did not work out