San Diego, CA (For Release) – Corry Briggs recently made a few revisions to the recently announced “Pay Their Own Way” initiative put out by his clients and former City Councilmember Donna Frye. Enhancements were based on input from various stakeholders and citizens’ groups. 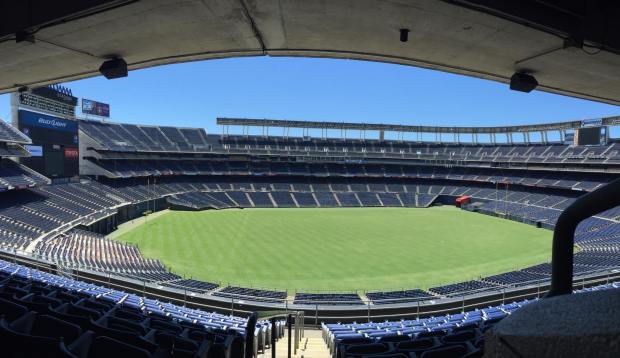 “There is no reason to not improve on something when you have the opportunity to do so, and we always allowed ourselves enough time to build that in,” Briggs told the San Diego Union Tribune.

The initiative is now called “The Citizens’ Plan for the Responsible Management of Major Tourism and Entertainment Resources.”

These notes are to help in your efforts to accurately report about the initiative.

The initiative provides for a CEQA litigation waiver for stadium locations in both Mission Valley and Downtown. This means neither site would face a lawsuit that could delay the development, however, both sites must still comply with CEQA through environmental mitigation. The CEQA litigation waiver provided by the initiative ultimately quickens the timeline for both sites getting a shovel in the ground while also providing environmental protections by assuring mitigation will occur.

Does not pay for a stadium with TOT funds

The initiative does not provide any funds to build a stadium, but it also does not prohibit the use of public funds if approved through a future public vote.

The cheapest known way to build a stadium is to combine it with a Convention Center expansion. The construction cost for a stadium portion for this projected is estimated at $680 million. The Chargers would also need to pay their portion of environmental mitigation. The total stadium cost for a combined multi-use facility in downtown is projected to be less than $800 million.

The team has already committed $400 million ($200 million from team + $200 million NFL loan). For additional funding the team may receive a large payout from any other team entering the L.A. market to compensate the Chargers for their existing share of that market. The NFL could also provide additional loan money only made available to teams that stay in their market. If a team were to relocate to L.A., the loan money they would not receive could possibly be reallocated to a stadium project in San Diego to keep the Chargers in their home market.

Recently Governor Brown certified the reconstruction project covered by the EIR for Mission Valley in order to expedite legal challenges to the EIR under a relatively new state law. That law – not the initiative – allows expedited legal challenges for projects that are not taxpayer funded. “This initiative puts no more restrictions on the city than what the city already has put on itself,” Briggs said. In fact, the initiative improves the City’s situation under the new state law because, if the initiative passes, the City will avoid litigation (though it will still have to satisfy the other requirements under state law). Nothing in the initiative prohibits the City from seeking a change to state law.

However, the city has the option to not utilize this EIR. If the initiative is passed and no further action is taken with this particular EIR, the land in Mission Valley could still be entitled for a stadium project subject to CEQA, as described above. Without the EIR and with passage of the initiative, public funds could be used for a stadium project in Mission Valley.

Provides an estimated $18 million a year for the General Fund

The initiative also gives the hotel industry tax breaks if they assume responsibility for marketing and promoting the City, and for building and operating an off-waterfront Convention Center expansion across the street from the current location. If the industry makes binding legal commitments to assume these responsibilities and regularly demonstrates that it is fulfilling these responsibilities, it will be entitled to tax credits not to exceed 2% for marketing and promotion and another 2% for the Convention Center expansion – each credit amounting to approximately $36 million.

Since within the initiative no money is earmarked for a specific purpose, raising the TOT requires only a simple majority vote. This eliminates a key obstacle for downtown presented by CSAG who publicly stated they chose Mission Valley to avoid a 2/3 vote.

Please feel free to contact Dan McLellan (619.341.1778 or danmclellansports@gmail.com) for assistance in getting further information or clarification. The stadium conversation continues to be confusing, but there are resources to help sort it out.