from sportige.com/original source not cited

from sportige.com/original source not cited

At some point during each college basketball season, we’ll see pieces listing the college programs with the most alumni in the NBA.  The San Diego State Aztecs men’s basketball program only boasts one at the moment, but that number isn’t wholly indicative of the talent level of recent alum.

Kawhi is very much known for keeping a low profile.  He has a Twitter account, but doesn’t share much.  Leonard isn’t going to change in that regard, even now that his paychecks have caught up to his level of stardom.  He did tweet out a picture of an awesome “swag board”, seen above.  And if by chance you haven’t seen them already, be sure to check out the new, oddly funny batch of commercials that the Spurs make yearly with HEB, a local grocery chain:

We have waived @JackCooligan45 & J.J. O’Brien. Best of luck, fellas.

O’Brien, the key cog of the ’14-15 Aztecs bunch, was waived by the Utah Jazz.  However, Utah chose to designate him as one of their four affiliate players, meaning he will play for their NBA D-League affiliate, the Idaho Stampede.  O’Brien is an NBA free agent, meaning any NBA team is free to sign him, but the designation indicates some form of interest on Utah’s end.  I’ll be keeping you all up to date with highlight clips and check ins of all Aztec alum playing in the D-League this season. 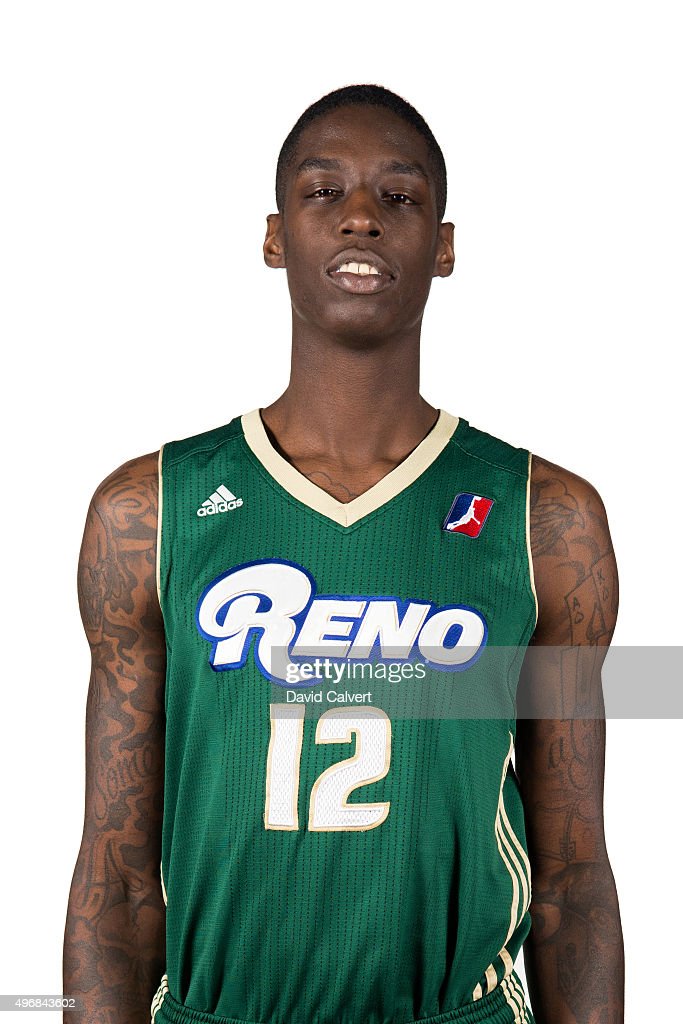 The springy, sharpshooting swing man rode quite the wave of emotion during his college career.  He began his career at St. John’s and started as a freshman, then had a promising senior season interrupted by a very serious health scare.

Polee was invited to tryout with the Reno Bighorns (affiliate club of the Sacramento Kings), per Ben Ross, and showed enough to make their 10 manopening night roster.

AQ, the man who went from walk-on to starting point guard, was selected in the D-League draft by the affiliate club of the Houston Rockets.  This means that Quinn will get a chance with an innovative team that is willing to run up and down the floor and hunt open three point attempts.  If AQ can prove his ability to shoot from the NBA three point line is up to par, his lateral quickness and secondary ball handling abilities may net him a shot at the next level.

Davis spent some time with the D-League affiliate Austin Toros of the San Antonio Spurs last season.  In 34 minutes per game, he averaged 13.8 points, 10.5 rebounds, shot 52% from the floor, and made 60% of his free throws.  He left the Toros to sign with the Meralco Bolts of the Philippines Basketball Association (PBA) at the start of 2015.  In 15 games for the Bolts, he averaged 21.6 points, 17.2 rebounds, shot 48% from the field, and hit 73% of his free throws in 41 minutes per game.  There is no sign of Davis on the PBA or NBA D-League lists of active players as of this posting.  His Twitter account (@JoshDavis_22) has been inactive for over a year.

The Brooklyn Nets renounced X’s draft rights in September, making him an unrestricted NBA free agent.  Thames played for the Fort Wayne Mad Ants for part of last season, and it appears he will be with them again for the start of this season.  Thames shot 44% in a limited role with the Mad Ants last year – just 19 minutes per game.

After stints with the Los Angeles D-Fenders and the Zhejiang Guangsha Lions of the Chinese Basketball Association last season, he was signed by the Denver Nuggets.  J-Frank played a total of 13 minutes in 3 games for Denver.  He was later waived in July.  NBA teams are probably waiting to see improvement in his three point shooting ability and overall shot selection.

Franklin signed with the Guangdong Southern Lions in August.  According to RealGM, Franklin did not make an appearance in any of the team’s first four games of the ’15-16 season.

The San Diego native appeared in 21 games (started 18 of them) for…wait for it…SLUNETA Usti nad Labem in the Czech Republic.  He left the team in January 2015. Rahon scored 12.6 points and shot 30% from deep.

Here’s Rahon scoring 37 points for the North Dallas Vandals of the ABA.  (ABA rosters/activity is much tougher to track; many of the team sites are either empty or down.)

Stephens was very much a late bloomer, playing little organized basketball before he arrived at Santa Monica College after high school.  The above highlight clip shows his successes in sliding to open spaces after his guards penetrate.  Here’s a clip of him at some sort of basketball event in Las Vegas two summers ago where he shows off some polish he has worked hard to add to his game.

Green appeared in 25 D-League games in 2012-2013.  He had a brief 6 game stint the following season with PVSK Pannonpower in Hungary.  Green is currently a free agent.

White was one of the first to set the mold for one of the SDSU program’s signature features – long, quick, and athletic forward types.  He has played for the Iowa Energy (D-League), Rethymno Augean BC (Greece), Ostioneros de Guaymas (Mexico), and Fuerza Regia (Mexico).  White has been a free agent since the end of his time playing in Mexico in 2013-2014.

Thomas, other than Kawhi Leonard, is the only player to have spent a significant amount of time in an NBA uniform.  He just hasn’t quite been able to stick.  Malc has appeared in 40 NBA regular season games, and even in 3 playoff games for the Chicago Bulls in 2013.  He has appeared in the NBA’s Las Vegas Summer League over the past 4 summers for the Bulls, Jazz, and Trail Blazers.

When Thomas began his professional career, he had no jump shot.  He has since added the three point shot to his game, something I discussed at great length here.  Thomas appeared to have landed in the perfect situation to showcase his refined skill set – he landed with the tanking Philadelphia 76ers at the start of last season!  However, Thomas suffered a knee injury and subsequently was waived.

Thomas has proven to be resilient, latching on with Piratas de Quebradillas in Puerto Rico, where he recorded four straight double-doubles at one point.  The springy power forward then played for the Portland Trail Blazers at 2015 Las Vegas Summer League.

Thomas begins the 2015-2016 season on the roster for the Los Angeles D-Fenders (affiliate club of the Lakers).  Once again, he may be in a favorable situation, considering the talent level of this year’s Lakers squad.  He may be able to raise the eyebrows of the Lakers coaching staff, given his defensive abilities and added three point shooting ability.

Spain appeared in 93 games spanning two seasons in the D-League following his four year career at SDSU.  Spain then went from Mexico to the Netherlands in 2012-2013, to SPO Rouen Basket of France in 2013-2014, and since has remained in France to play for Hyeres-Toulon Var Basket.  Spain is listed on the team’s 2015-2016 roster.

Wade made just one brief appearance in the NBA’s “farm system” – 2 games in the 2010 Las Vegas Summer League.  Nonetheless, Wade has consistently been a double digit scorer.  He’ll now begin his fifth season of professional basketball in Buenos Aires, after previously competing for teams in Mexico, Argentina, Venezuela, and Puerto Rico.

The beloved former Aztecs point guard and Steele Canyon high school alum has begun his fourth season of professional basketball.  Williams has made stops in Germany, playing for 3 different teams.  He currently plays for the VfL Kirchheim Knights.  Williams has cracked the starting lineup for 86 of his 103 professional games.

Slaughter entered the NBA Draft in 2006 after his junior season.  He has made three NBA Summer League appearances.  Slaughter and his former teammates, Lorrenzo Wade and Brandon Heath, have had the longest international careers of this group.  Slaughter has played professional ball in Germany, Spain, and Turkey.  His longest stint was with Real Madrid of Spain; he played 3 seasons for the club before moving on to play in Turkey, which will be his home to begin the 2015-2016 season.

Here’s Slaughter being interviewed after winning a European Final Four championship in 2015 with Real Madrid.

Here’s a Slaughter highlight mix that was released earlier this year.

Here’s Slaughter competing with a teammate in a trivia battle concerning all things Istanbul, the location of his new team.

Heath, one of the greatest guards to sport an Aztecs jersey, came very close to having a moment of his own in the NBA.  Heath landed training camp invites with the Lakers (2008) and Sacramento Kings (2013).  He has appeared in over 80 NBA D-League contests, in which he averaged just over 14 points per game.

Heath’s international basketball journey has taken him to Bulgaria for three seasons, to Lebanon then back to Bulgaria, and now to Poland for 2015-2016.

As mentioned, I will work to update this post throughout the coming days, weeks, and months as players progress through their respective seasons.  Stay tuned for new posts as well on Aztec basketball alums, especially those in the D-League.  If Kawhi and the Spurs aren’t in action one night, check in with one of your former Aztecs in the NBA D-League.  All of their games can be seen for free on YouTube!

Thank you for reading!  Please comment to let me know who you’d like to hear more about and be sure to share this with fellow Aztecs fans!

Written by Benjamin Dull.  You can find him on Twitter or read more from his blog.

4 Comments on Searching for former #AztecMBB stars: Where are they now?