The dust has long settled after the implosion that was the Padres 2015 campaign. No more is there immense excitement for big name aquisitions like James Shields, Matt Kemp, Justin Upton, or Craig Kimbrel. Gone is Upton (signed 6 yrs $133 million) to Detroit, Kimbrel was shipped up to Boston for a package of prospects, including Manuel Margot (OF) who is currently ranked as the Padres top prospect according to MLB.com, and Javier Guerra (SS) who is the third ranked prospect in the system.

Ian Kennedy signed with the world champion Kansas City Royals for five years and $70 million after two and a half up and down years in a Padres uniform. Despite the up and down numbers (he averaged 10.4/12, 4.89 era during his Padre tenure), Kennedy was popular among fans and teammates alike.

Yonder Alonso was traded to Oakland in a trade that netted the Padres pitcher Drew Pomeranz. Alonso never really lived up to the hype that was supposed to come with him after the Padres traded away Anthony Rizzo to Chicago. Often injured, he only played one full season and never really put up the power numbers that were expected of him. Of course, we all know what Anthony Rizzo has turned into for the Cubs.

After the biggest offseason in team history. One that rose team expectations to an all time high and increased payroll to a total that closely resembles what Donald Trump spends on his weekly hair cuts, the Padres had a decent April, but never could quite put it together.

Bud Black was fired midway through June after going 32-33. Not bad but nowhere near the expectations of a remade star studded roster. His replacement, Pat Murphy, had never managed above Triple-A ball, and it could be argued that he never had a fair shot to win the locker room. Questionable managing and an inability to win over his roster, as well as a 42-54 record, forced A.J. Preller to go a different route this winter and hire Andy Green as the teams 19th manager. Green served as the Diamondbacks third base coach in 2015, so he knows the NL West.

With the addition of Green, comes the subtraction of a former Padres player and coach in Dave Roberts. Roberts played for San Diego from 2005-2006 and rose through the coaching ranks from 2011-2015 in the Padres organization, serving as bench coach for the 14-15 seasons. After being passed over on an interview for the vacant managerial job, Roberts interviewed and was named the manager of the rival Los Angeles Dodgers on November 3rd.

Andy Green should have a much longer leash with Preller than Bud Black did given the number of question marks that are on this roster as it appears the team is no longer in win now mode. It appears they are in float now and try hard in 2017 or 2018.

The rotation, at least when you factor in last years performance, is a shell of what it once was thought to be. Depending on performances in spring, my guess is Tyson Ross is the starter come Opening Day when the Dodgers make their way down the 5 to visit Petco Park. Ross deserves it. He’s been arguably the Padres most reliable starter since coming to San Diego in a trade with Oakland before the 2013 season. Pencil in James Shields and Andrew Cashner as the 2-3 pitchers, and the rest is up in the air.

The bullpen also has it’s share of question marks. Nick Vincent will potentially take over as the setup man to the most likely closer candidate Kevin Quackenbush after trading away All-Star Craig Kimbrel. Padres starters struggled past the 6th inning often last season, which means the Pads need to find a solid way to bridge the gap to the 8th inning to get to the two back end guys. Even though the pen struggled early last season, they rebounded decent enough, posting an overall ERA of slightly over 4 for the season. The pitching staff as a whole posted a 4.09 ERA, down from previous seasons where the staff was fourth best in baseball in 2014 with a 3.27 ERA and 20th in 2013 with a 3.98 ERA. Darren Balsley returns for his 13th season as Padres pitching coach and always seems to get the best out of his pitchers, despite their histories.

The defensive side of the ball is full of questions. The only guaranteed starter on the infield is new shortstop Alexei Ramirez. Ramirez signed a one year, $3 million deal only a few weeks ago and includes a team option for 2017 at $4 million with a $1 million buyout clause.

Corey Brock of MLB.com wrote an article back on December 4th that Wil Myers is the Padres starting first baseman. In theory this seems like a good move. The often injured Myers will save his body some wear and tear and hopefully stay healthy for a full season for the first time in his career. His rookie year in 2013, Myers appeared in 88 games for Tampa Bay en route to winning the AL Rookie of the Year batting .293/.354/.478 with 13 home runs and 53 rbi, showing great power potential. The last two years, one with Tampa Bay and one here in San Diego, Myers has failed to appear in more than 87 games and hasn’t shown the same amount of power potential due to injuries to his wrist.

Myers will have to compete for playing time at first base, likely with Derek Norris, who with the addition of Christian Bethancourt, has even more competition behind the plate with Austin Hedges also in the mix. Norris split time between first base and catcher in 2015, setting career highs in home runs (15) and rbi (62). With the amount of outfield depth and Norris’ and Myers’ ability to play multiple important positions, new manager Andy Green will have plenty of options this season.

Second and third base seem to be the biggest question marks. Gone is Jedd Gyorko, traded to St. Luis for Jon Jay. Corey Spangenberg is expected to be the front runner for the second base job headed into spring. He’s impressed many people around the organization since he was called up in September of 2014 with his work ethic and ability to play multiple positions around the infield. Yangervis Solarte is currently number one on the depth chart for third base. He’s provided a spark both offensively and defensively in the past and is a switch hitter. He put up solid numbers offensively hitting .270 with 14 home runs and 63 rbi in 2015, his first full major league season appearing in 152 games playing third, second, and first base. He played 92 of those games at third base in 2015.

The outfield will feature Jon Jay in Left, replacing All-Star Justin Upton. Melvin Upton Jr. is expected to start in center to coincide with Wil Myers moving to first base for 2016, and Matt Kemp will once again start in right. Kemp put up solid offensive numbers the second half of 2015, but as expected, his defense was terrible. Upton Jr. enjoyed an under the radar resurgence playing in Petco last season as he saw all his offensive numbers climb out of the gutter after a terrible stint playing in Atlanta. Jon Jay is the only outfielder we haven’t seen on a regular basis patrol the cavernous Petco Park. From 2010-14, Jay put up sold offensive numbers for the Cardinals. Never a power threat but he has a career slash of .287/.354/.384 despite a career worse .210/.306/.257 line in 2015 as he was never able to really come back after a wrist injury that limited him to only 79 games.

Tyson Ross (10-12, 3.26) should be the opening day starter against the Dodgers at Petco Park. He’s earned the honor, especially with Shields (13-7, 3.91) having a down year in his first year in a Padres uniform. The team will need Shields and Andrew Cashner (6-16, 4.34) to have bounce back years and for Ross to continue to blossom if they want to compete. The back end of the rotation has no real answer. Robbie Erlin and Colin Rea should compete for the 4-5 spots in spring training along with Luis Perdomo and Brandon Maurer. 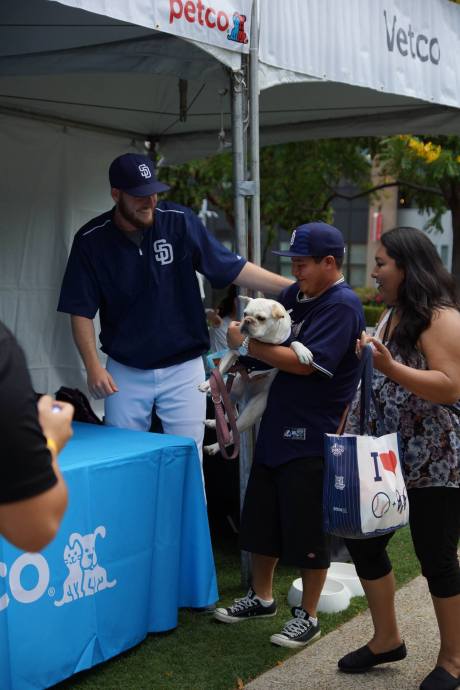 Baseball is a game of averages and if the offense can do their part, and the top three pitchers all pitch the way they have proven they can, it could be a promising season in San Diego. There are some question marks but overall it seems A.J. Preller and company have built a more balanced, be it less exciting roster than last year.

They’re getting closer. Kemp once again struggles offensively out of April but turns it on near the All Star break, helping give the offense a push. Kemp’s defense turns out to be an even bigger liability than in past seasons and on more than one occasion will lead to some bad innings that the rest of the offense can’t help the team out of. Wil Myers returns to form from his rookie year and has a strong first full season at first and appears in 120+ games for the first time in his career. Ross has a Cy Young type of year going 16-5 with a 2.85 era and throws the Padres first ever no hitter (one can dream right?).