Your San Diego State Aztecs (2nd seed) will be playing the Georgia Tech Yellow Jackets (3rd seed) this Wednesday at 6:00 pm in the third round of the NIT (National Invitational Tournament). The winner of this game heads to New York on March 29th for the semifinals of the NIT. The game will be played here in San Diego, California, on Wednesday, March 23rd on ESPN 2. Tickets for the game will go on sale to the general public on Tuesday at 5 p.m. PT. The general public sale will take place at GoAztecs.com at 5 p.m. PT, and at 9 a.m. PT Wednesday at the Aztec Ticket Office (Window E at Qualcomm Stadium) and the Viejas Arena box office.

PS: The capacity of 12,414 was the largest of more than 50-plus NIT games played in the last two years. The largest crowd of the 2015 tournament, in a game featuring Murray State and Old Dominion, was 8,161. Only one other crowd exceeded 7,000, that coming in the NIT semifinals at New York’s Madison Square Garden (7,185). (GoAztecs.com)

***SDSU and Georgia Tech will be meeting for the 1st time in both schools history. SDSU has never played a team from Georgia.*** 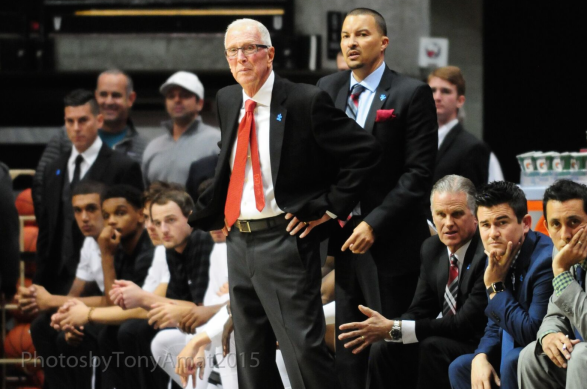 Here is a video highlight from San Diego States victory over Washington in the 2nd round of the NIT.

In my opinion rebounding will determine if the Aztecs can take down Georgia Tech. The Aztecs need to kill it on the offensive and defensive boards to help get the easy put backs. The Aztecs have a slight size advantage over Georgia Tech and they will need to exploit that. The Aztecs also need to the the Yellow Jacket bigs in foul trouble early like they did with Washington.

The San Diego State Aztecs have one of the best field goal defenses in the nation! Aztecs opponents have been averaging a field-goal percentage defense of just 37% (best in NCAA) and 30% (6th best in the NCAA) from beyond the arc. The Aztecs have held opponents to an average of 60.3 points per game this season. That’s 7 points more per game than last seasons team. The Aztecs are ranked 3rd nationally scoring defense allowing an average of 60.6 points per game. The Aztecs have been bringing massive press on opponents this season thanks to a very deep bench. This has allowed the Aztecs to use the full court press for a majority of every game.

Georgia Tech’s opponent’s have been averaging a field goal percentage of 44.1% (213th best in the NCAA) and 31.7% (40th best in the NCAA) from beyond the arc. The Yellow Jackets have held opponents to an average of 70.7 points per game this season. That 70.7. points average per game ranks Georgia Tech as the 145th best scoring defense in the nation.

As you can tell by the statistics given above San Diego State is in another league defensively compared to Georgia Tech.

2) Only shoot 3-point shots that are open!

Players to watch for Georgia Tech:

Marcus Georges-Hunt: (6-5 and 215 pound Senior): Georges-Hunt is currently leading the Yellow Jackets in points per game averaging 16.7 points and leads Georgia Tech in assists per game with 3.3.

Nick Jacobs: (6-8 and 262 pound Senior): Jacobs is currently tied for third place in points per game averaging 10.5 points and is second in rebounds per game with 5.9.

Charles Mitchell: (6-8 and 256 pound Senior): Mitchell is currently in fourth place in points per game averaging 10.1 points and leads the Yellow Jackets in rebounds per game with 9.6.