The public is invited to join the San Diego Chargers on Saturday, April 23 at 11 am when they kick off the campaign and begin gathering signatures to gain support of a Citizens’ Initiative that would revitalize East Village downtown by building a modern multi-use stadium and convention facility. The event will take place in the parking lot at 13th Street and K Street downtown at the potential site of the new venue. 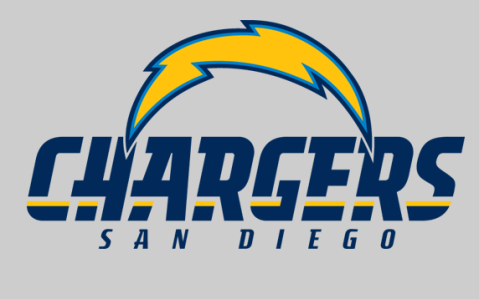 Chargers Chairman Dean Spanos, NFL Commissioner Roger Goodell, Chargers legend LaDainian Tomlinson and Chargers quarterback Philip Rivers will be on hand and talk about the Initiative and the opportunity at hand for the future of San Diego. The event will also feature food and live music. San Diegans are urged to attend to learn more about the Initiative while residents of the City of San Diego will have the opportunity to both register to vote and sign the Initiative to place it on the Nov. 8 ballot. Nearly 67,000 valid signatures from registered voters in the City must be obtained in order to qualify for the ballot.

Paid for by Citizens for Sports, Entertainment and Tourism, with major funding by Chargers Football Company, LLC.

On April 2, 2016, the Committee published a Citizens’ Initiative to accomplish the development of a 385,000 square-foot expansion of convention center facilities in downtown San Diego and a new multi-use stadium, along with attendant amenities and activities. Signature gathering begins April 23. The Initiative contemplates an increase of four cents on the dollar (to 16.5%) for the Transient Occupancy Tax – a tax on tourists who are paying for hotel and overnight rooms rented in the City of San Diego – to pay for the construction, operation and maintenance of the facility. A complete copy of the Initiative can be found at Citizens’ Initiative.

About the San Diego Chargers:

The San Diego Chargers originated as the Los Angeles Chargers of the American Football League in 1960. The team relocated to San Diego in 1961 and captured the American Football League championship in 1963. The Chargers finished first in five of their 10 AFL seasons. Since joining the National Football League when the two leagues merged in 1970, the Chargers have won 11 AFC West division titles. Overall, the team has played in 28 playoff games, including Super Bowl XXIX following the 1994 season. Most recently, over the last 12 seasons (2004-15), the Chargers have won five division titles and had just two losing seasons.

Construction leader and real estate developer Alex G. Spanos purchased the team in 1984 and his son Dean Spanos took over the reins of the team in 1994. Dean’s sons, A.G. and John, were named President-Business Operations and President-Football Operations, respectively, in 2015. The Spanos family is nationally renowned as one of San Diego’s and the NFL’s most philanthropic families. The family has contributed millions of dollars and endless support to deserving civic, social and non-profit organizations. In addition, millions of dollars also have been invested in an effort to secure a modern, Super Bowl-quality stadium for San Diego.