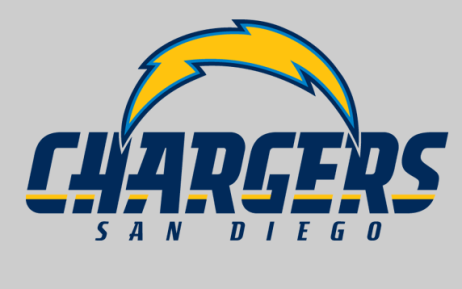 The San Diego Chargers drafted the winner of the John Mackey Award as the nation’s top collegiate tight end when they landed former University of Arkansas All-America Hunter Henry in the second round (35th overall) of the 2016 NFL Draft. In the third round (66th overall), the Chargers grabbed former University of Southern California center Max Tuerk (pronounced Turk), a three-time All-Pac-12 selection.

Besides the Mackey Award, Henry (6-5, 253) was a consensus first-team All-America, including honors from the Associated Press, USA Today, ESPN.com and The Sporting News. He also was a consensus first-team All-SEC choice after catching 51 passes for 739 yards and three scores in 2015. His yardage total was tops in the nation among all tight ends and even more impressively, Hunter did not drop a single pass thrown in his direction during the entire 2015 season. Henry is also a capable blocker. In 2015, he did not allow a sack or quarterback hurry and he played a key role in the Razorbacks running game which rushed for more than 200 yards in an SEC-best six conference games.

A native of Little Rock, Arkansas, Henry finished his Razorbacks career with 116 catches for 1,661 yards and nine touchdowns. In three seasons, he started 30 games and played in 38. Henry’s father, Mark, also played at Arkansas (1988-91) and he was a team captain as a senior. Henry becomes the 13th former Razorback to be drafted by the Chargers.

A career starter for the Trojans, Tuerk was a three-time All-Pac-12 selection, including first-team honors as junior in 2014, and a team captain as a junior and senior.

Standing 6-6, 285 pounds, Tuerk was an All-America candidate as a senior, but his year was cut short by a knee injury in the Trojans’ fifth game of the season against Washington. Tuerk is a versatile player who started 38 career games in three-plus seasons at USC, including 18 starts at center, 14 at left guard, five at left tackle and one at right tackle. As a junior he captured USC’s Offensive Lineman of the Year Award. Tuerk is a native of Santa Margarita, California in Orange County. Tuerk becomes the 23rd former Trojan drafted by the Chargers. It’s the most players drafted from one school in team history.

What went into this pick?
“We’re really excited about Hunter. For us, he’s the best tight end in the draft so we’re really excited to get him here. He’s got great receiving skills. He’s almost 6’ 5”, 250 pounds. Really athletic, can run, runs routes, didn’t drop a ball in college football last year. He has excellent hands and he can block some too. He’s a complete tight end and comes out of a pro-style offense at Arkansas. He can do a lot of things. He can really help our offense and learn from Antonio (Gates) a little bit as well obviously.”

Is that how you really envisioned him fitting in on offense, as a pass-catching tight end or how?
“He’s very balanced. He can do both but what he can really do is run and catch. We like to throw the ball obviously with Philip Rivers and he’d be a great target for Philip. This is a really polished tight end, very polished at a position where they’re very hard to find. There just aren’t a lot of college tight ends nowadays that are as polished as he is as far as running routes, catching the ball and knowing the passing game. He’ll also be able to do some dirty work at the line of scrimmage, block in the running game and handle a defensive end and an outside linebacker. We’re thrilled to get a player like this. This is a first round talent for us. To get him here, we’re really excited.”

Yesterday, you talked a lot about the extensive research you guys do on these players. What can fans expect from him with his character off the field?
“He’s a great kid. I think when he gets here and when everybody gets a chance to meet him, you’ll see he fits our profile. He loves to play; he’s tough, and he’s physical on the field. He’s accountable and a great teammate. You forget, these kids are young. They’re 21-years old. He’s a true junior at Arkansas, but we’re excited to get him here. We think he can be a nice building block for us moving forward.”

Talk a little bit about Max.
“Max was a three-and-a half-year starter at USC and a starter at center the last two years. He also started at guard and tackle so he’s played a lot of different positions. He has two things that we were really looking for up front: very smart, which you have to be as a center, and he has great football intelligence and loves to prepare. His roommate was Cody Kessler, the quarterback. Football preparation is important to him. He has great feet. He can pull. He can move. He can cut off people with quickness and he can get to the second level where the linebackers are. A lot of your big running plays are because of that center getting out to the second level and getting on a linebacker. He can do all that. He’s from right up the road and we’re excited to get him here.”

This is the third power conference player you’ve taken in this draft. What makes him so special and how can he contribute on the Chargers?
“I guess we don’t really look at the conferences all the time, but it’s nice that he’s coming from the Pac-12. He’s played against good people every week. USC is an incredible program. We’re really happy to get him where we did. We think he can step in and really help at that position.”

Is this a guy you had pegged a lot along the way and when was the moment you knew you could take him?
“We really sweated it out at the end. He did not finish this year due to an ACL so he probably would have gone much higher if he was healthy. The good thing for us, our doctors feel really good about where he is in his rehab. We feel good about where his rehab is and we’ll just take it day-by-day. His long term prognosis is great. Hopefully he’s a player here for a really long time.”

While the rehab goes on and on, what is your ultimate goal for him as a Charger?
“He’s a rookie coming in to earn a job. His first job when he gets here is to continue the rehab on his knee and that’s we can get our hands on him. So when he gets here, that will be his job really for the whole rest of this offseason. When he’s ready to go, he’ll come in and compete with Trevor (Robinson) and Chris Watt. We’ll see how it goes.”