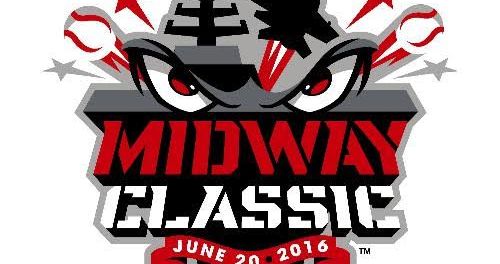 While it is a well known fact that the San Diego Padres will host the MLB All Star game in July, the Single A affiliate to the Padres (The Lake Elsinore Storm) will also be hosting a professional All Star Game just over an hour away from Petco Park, and a unique home run derby contest in San Diego. The California-Carolina Advanced-A All Star Game festivities launch with one of the most ingenious ideas ever to amp up a minor-league All Star event, let alone a brilliant idea for the sport of baseball, as the June 20th Home Run Contest will be hosted on the USS Midway.

The California league is comprised of 10 teams (all located within the State), whereas the Carolina league is made up of just 8 teams, spread across MD, VA, SC, and NC. Considering inter-league play is non-existent for the Advanced A affiliates, the All Star events are ultimately the only chance to get to see the up and coming stars of the future in one place. As “America’s pastime,” there are over 150 professional baseball teams in the United States, and yet even some great names had to start off in Single A ball as MiLB.com points out: “notable alumni from the California League include George Brett, Don Drysdale, Ken Griffey Jr., Rickey Henderson, Reggie Jackson, Pedro Martinez, Kirby Puckett and Mike Trout.”

Tickets for the Home Run contest on the USS Midway are “$99 which includes admission to an all you can eat and drink reception & early access to the Midway museum,” that according to the Storm’s Twitter. While we have no idea which players we will see as of yet, in two weeks one of the most “out of the box” ideas in sports will be tried on the aircraft carrier, and it shall be a sight to see as balls literally take flight into the San Diego Bay. Presumably, spectators can fish the waters for long balls on Kayaks in the water, though that may be limited pending harbor control. Tickets for the Home Run Contest  (happening 5:00pm on June 20th) are on sale and can be purchased here: https://www.ticketreturn.com/prod2/BuyNew.asp?EventID=182590#

The actual All Star Game will be played June 21st at Pete Lehr Field (Lake Elsinore Diamond). The game will be preluded by the introduction of the inaugural California League Hall of Fame Class, as well as a fan-fest which starts at 3:30pm. First pitch for the game is scheduled for 7:30pm. Tickets for the event start at just $15, so family fun as well as a great baseball experience is sure to excite! All Star Game ticket link: https://www.ticketreturn.com/prod2/Buy.asp?EventID=177553#.V1WWkuxHasN 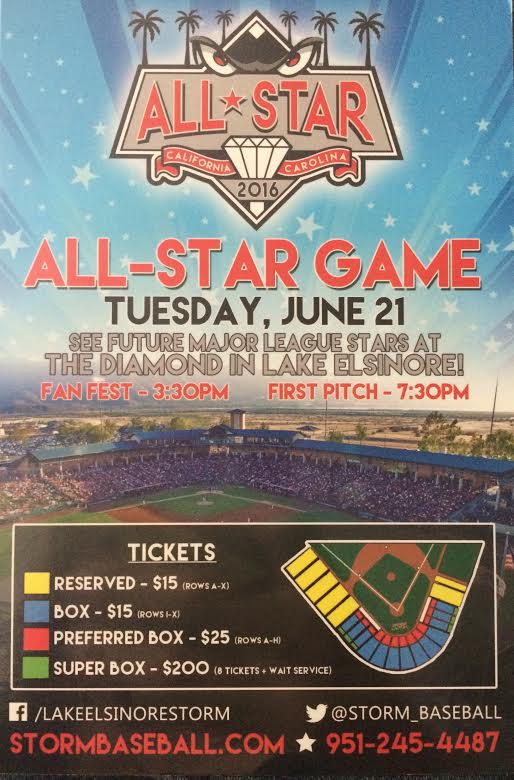 The Storm will be hosting their third ASG ever (1999, 2009), according to Baseball-reference.com, so the Storm should be prepared for the event, which marks the 75th season of Cal-League baseball. The home run contest will be one of the most interesting events in baseball as of late, so with proper execution the Storm could be paving the way for a new trend in the minor leagues. The Lake Elsinore Storm always offer a high-quality ball game for the right price and they have aligned their All-Star pricing to be as family friendly as usual! The minor-leagues are often overlooked by the common sports fan, but the selected players to the ASG  are sure to impress as they fight to be noticed by their affiliates.