The San Diego Legion came into Saturday’s match-up 0-1 following a heart breaking loss to New York. The Legion lost in the final due to a penalty try. San Diego was hungry for that first win and their next opponent was the defending champion Seattle Sealwolves who ended the Legion’s season in the Semi-Finals in 2018. The game conditions were heavy rain and 22 mph winds which is a recipe for some hardnosed rugby.

The game started in defensive battle that also had a lot of turnovers do to a slippery ball. The Legion broke for a few big runs but the wet ball slipped out of some players hands during their run. There was also some big hits including one that could of been a yellow card against Seattle but the referee gave a warning. Both teams were held scoreless for almost 30 minutes but the Legion maintained control of the ball in Seattle’s side of the field for most of the first half. San Diego’s Joe Pieterson was injured in a play and after laying on the field for a while was able to leave the game on his own power but was unable to return. Pieterson was replaced by Tai Enosa.

The first points didn’t come until the 28th minute. Ironically, the try was a penalty try awarded to the Legion to go up 7-0, making the last two trys scored in a Legion game penalty tries. Seattle cut the deficit to 7-3 with a penalty kick in the 36th minute. San Diego replied quickly on a quick throw-in that got Seattle napping. Mike Teo took the quick line-out down the side line and dove for the try to increase the Legion’s lead to 14-3 38th minute. While diving for the try, Teo slid on his stomach through the wet field like a slip-n-slide and face planted into the wall. San Diego missed a penalty kick as the half expired but the Legion led 14-3 against the defending champs going into the half.

San Diego started second half the way the did the first with a lot of ball control. Both teams tried to play the kicking battle, at some points in the game you would see 3-5 consecutive kicks going back and fourth with teams try to get an advantage in field position. San Diego increased their lead on a penalty kick in the 51st minute for a 17-3 lead. Seattle got their first try of the game in the 67th minute from William Rasileka to cut the Legion’s lead to 17-10. Seattle followed up the try with their second penalty kick of the game to narrow the game to 17-13 in the 71st minute. The Seawloves’ Vil Toluta’u was carted off with an apparent leg injury late in the 2nd half. According to the Seawolves Twitter, Toluta’u was seen walking around on his own power after the game. Toluta’u injury was a big loss for Seattle who were gaining momentum with the game closing. With 2 minutes left, Seattle had possession and a chance to take the lead. San Diego forced a Seattle knock-on with the slippery ball falling out of Seattle’s hands on a tackle. San Diego kicked the ball out of bounds after time expired to clinch a 17-13 victory. 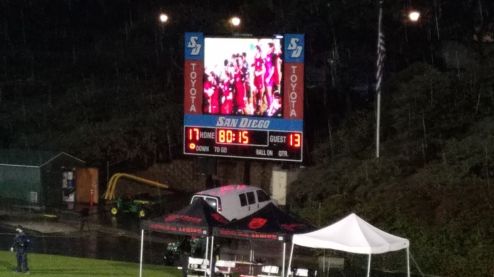 The Legion improved their record to 1-1 in a wet, windy, muddy game. The Legion are second in the League standings with 5 points, tied with Seattle but have head to head tie breaker. San Diego’s next game will be home against the Houston SaberCats on February 9th at 7pm and it looks to be another wet one. Houston will be 1-0 coming into the matchup. 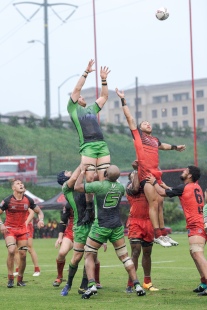 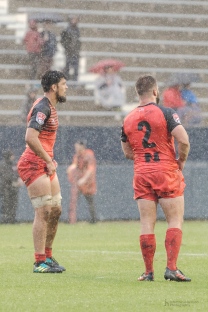 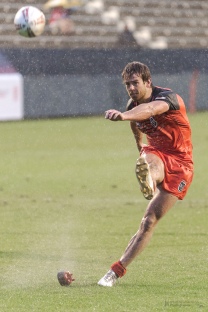 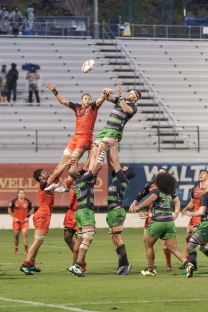 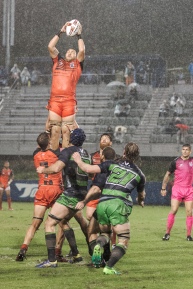 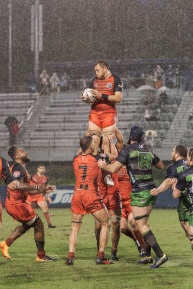 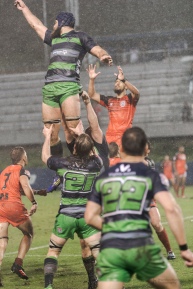 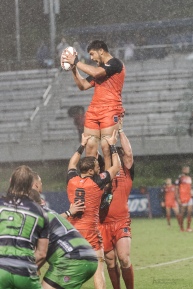