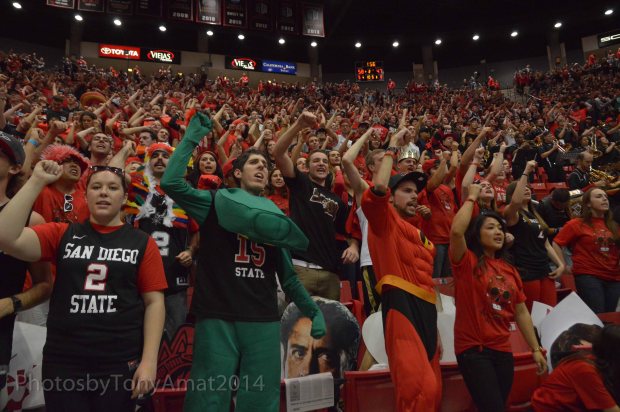 From the discussion following this post by Darren Rovell it seems that San Diego State has the right to apply for the trademark. Both Navy and Utah State who started doing the chant before San Diego State in 2009 have not filed for the trademark. A Navy student created the I Believe chat back in 1999 for the Army Navy football game. Shortly after Navy created the chant Utah State picked up on the chant and started using it as their own. The I Believe That We Will Win Chant took off nationally when the Aztecs 34-3 (09/10) caught fire by knocking off nationally ranked opponents. High schools and sports teams around the nation began to use the chant created by Navy and brought to new heights by Utah State and San Diego State. The United State Men’s National Soccer Team was the latest big name sports team to take the chant and use it as their own. I personally believe that the chat is for everyone and should not be owned by one team. San Diego State was the first to file for the trademark of the now famous I Believe chant thanks to ESPN and the United States Men’s National Team. 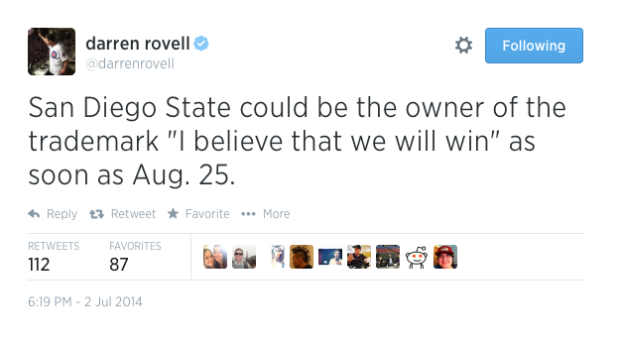 We have a total of two poll questions for you to answer. Please make sure to answer them both.

This shirt was given out to every student who attended one of the San Diego State home games during the 2010 and 2011 San Diego State Men’s Basketball season. I decided to get the shirt autographed by ever member of that team. 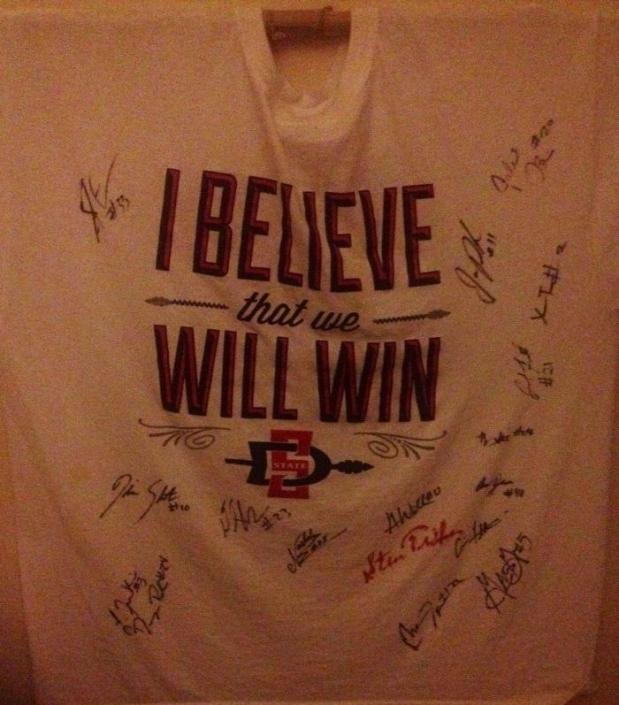 It is now time to vote for the best I Believe Chant.

3 Comments on Could the I Believe Chant belong to San Diego State?